Kincasslagh is a rural parish of the Diocese of Raphoe, and is situated on the North West coast of Donegal. It is a popular holiday destination, and has been made famous by two of its successful sons, Daniel O’Donnell and Packie Bonner, and of course by Daniel’s big sister, Margo.

There are three Churches in the parish, St. Mary’s in Kincasslagh, St. Columba’s in Burtonport, and St. Crone’s in Arranmore. The mainland is served by Fr. Pat Ward, a native of Arranmore, while Arranmore itself is served by Fr. John Boyce, of Scottish origin. Two Ferry operators serve the islands with constant connection and is well worth a visit for sight seeing, walks, bicycling (bit hilly). There you will see breathtaking views of Donegal itself, from a unique perspective. The Arranmore Lighthouse is breathtaking and remote, and you can stay in the the Air B&B Lighthouse keepers homes for a truly hermitical experience.

There are five national Schools in the parish, three on the Mainland and two on the Island. The only Secondary school  in the parish is Gairmscoil MacDhiarmada, based on the Island. Until it was built, all Islanders had to go to boarding school on the mainland.

There is a lovely new gift shop in Burtonport run by Una, a Neice of the aforementioned legend, Packie Bonner, and this has proved to be a popular venture for visitors and locals alike.

The other shop on the mainland is the Cope in Kincasslagh which houses the parishes only Post Office as well.

The Railway Walk has proved to be a great asset to the community and to visitors alike. 6.2 km of scenery along where the old train used to leave from the harbour and stop collecting passengers along the way. Newly tarred, its has proved popular for those who want an easy bicycle ride too.

There are some lovely eating houses in the port, with The Famous Lobster Pot in the harbour, and the Harbour Front Cafe looking out over the car Park to the Atlantic, and the Wheelhouse Cafe at the petrol station/grocery shop. 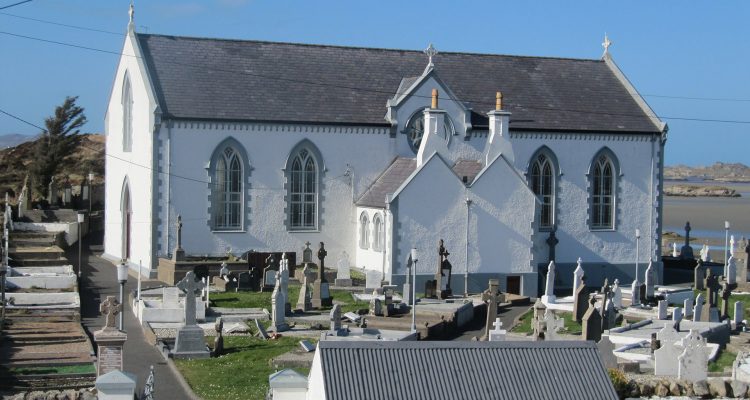 St. Mary’s Church, in Belcruit was the parish Church of Lower Templecrone. Built in 1856, it has served the people of the parish for over a century and a half. 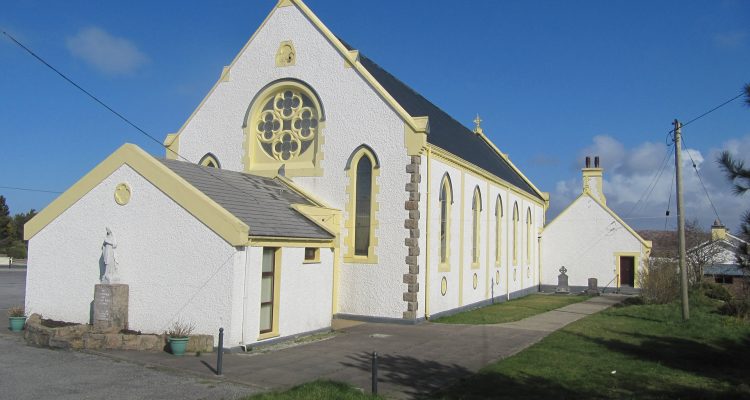 In 1899 St. Columba’s Church was built in Lackenagh, Burtonport as a second church in the parish of Kincasslagh and has served the people since.

Schedule of Masses from 6th February 2023

Schedule of Masses from 6th February 2023

Watch St Columba’s Church Live – Connecting the Sick, Elderly and those Abroad to the Local Community. 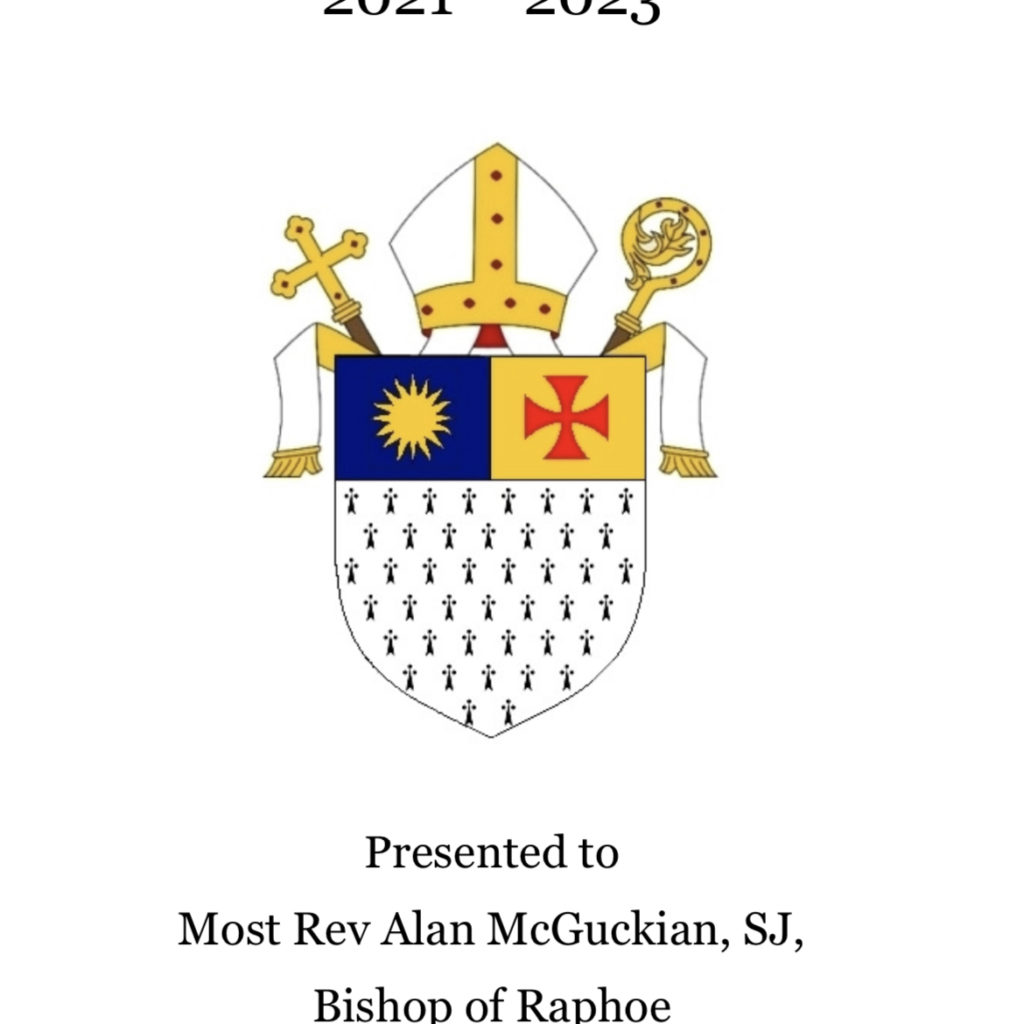 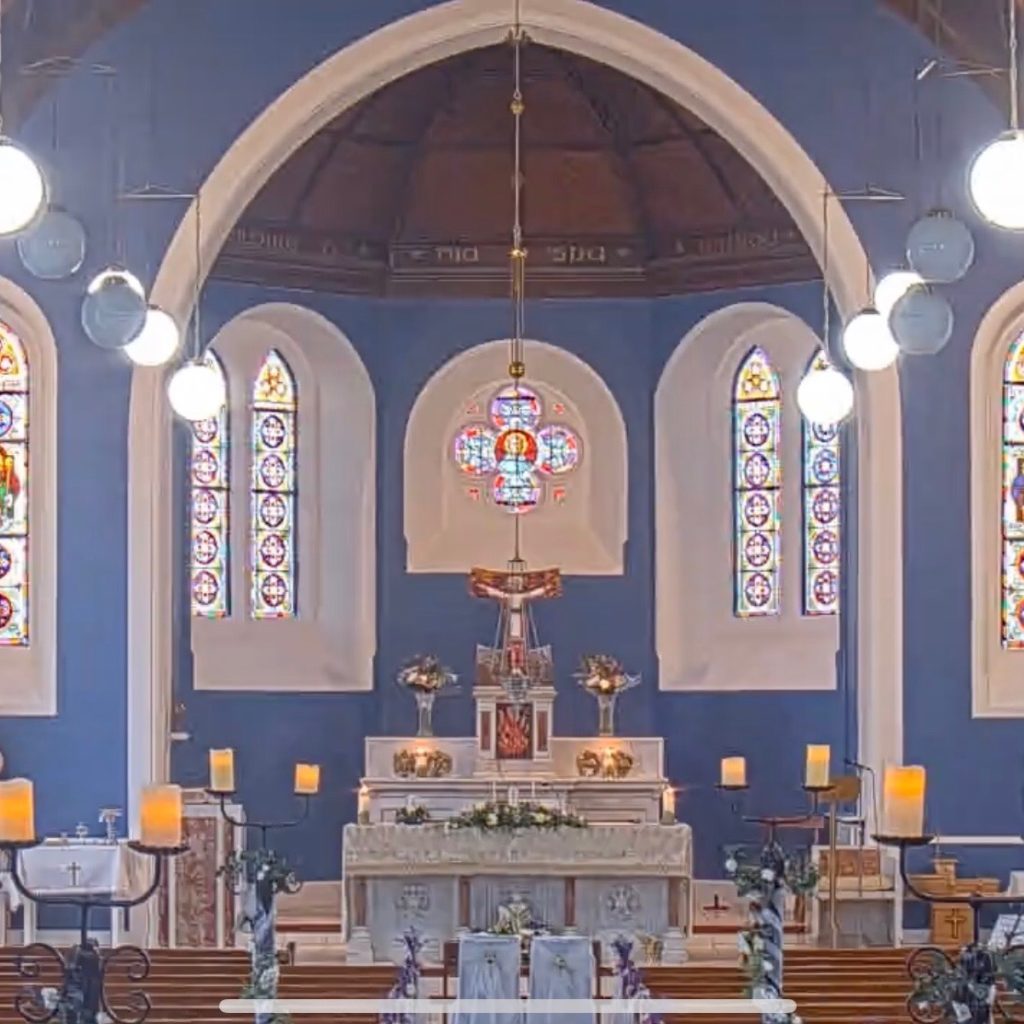 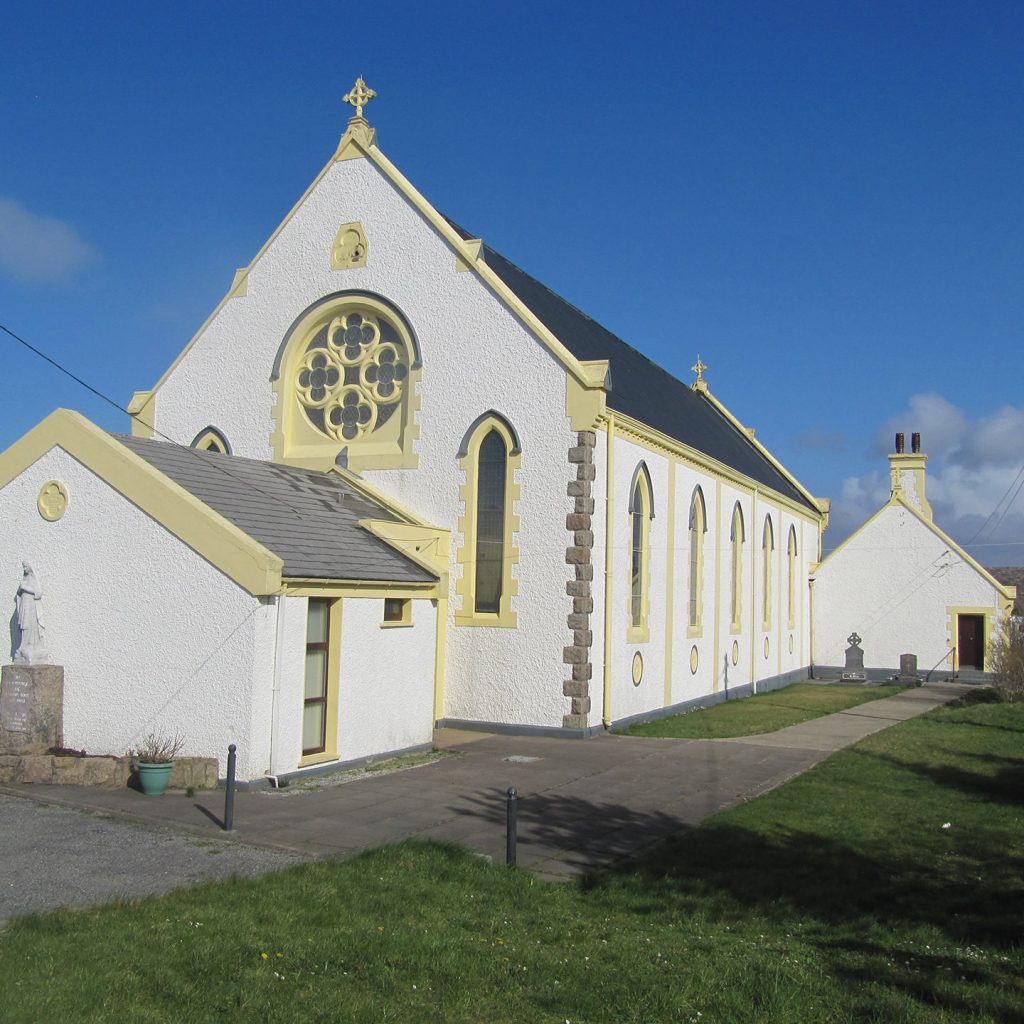 Kincasslagh Parish was formerly known as Lower Templecrone, and still referred to as ‘the lower parish’, as opposed to Upper Templecrone, which included Dungloe and the surrounding areas. Initially it encompassed what is now Annagry Parish, and so took in Ranafast and ran as far as the Crolly Bridge. In Dungloe, Lower Templecrone ran right up to the stream that runs through the lower main street.

St. Mary’s Church, in Belcruit was the parish Church of Lower Templecrone. Built in 1856, it has served the people of the parish for over a century and a half. A fire in the sacristy in 1927 saw it badly damaged, but was reopened in 1929 after repairs. The baptismal records between 1900-1927 were lost in the fire.

The Church is cruciform in shape, and boasts a fine gallery with a choir loft. The original altar made from Italian marble was adapted for the new liturgy after Vatican II and stands as an impressive structure in the sanctuary area.

The church is built right on the seashore, barely visible from the main road. Its position is confusing until you realise that in the time it was built, nobody had a car, and the beaches around the area were a popular path for locals to get from one place to another. Looking out from the back of the chapel, its positioning becomes clear. It served a pedestrian congregation who could easily access the church from the many beautiful beaches along our shore.

In 1895 the Church of St. Mary’s Star of the Sea was built in Annagry, and the shape of the parish changed considerably.

In 1899 St. Columba’s Church was built in Lackenagh, Burtonport as a second church in the parish of Kincasslagh and has served the people since. It is commonly known as Acres Church, taking its name from a nearby townland where St. Columba’s School is built. Although a smaller church, its importance increased with the boom in the fishing industry, which saw the village of Burtonport grow to a busy vibrant town. In the 1950’s, the parish priest moved to Burtonport and the parochial house in Kincasslagh became the house for the curate until 2004, when due to the falling numbers of priests in the diocese, Kincasslagh parish lost a priest.

In 1917 St. Crone’s Church was built on Arranmore Island and has served the Island with a curate ever since.

There are five National Schools in the parish. Scoil Mhuire, Belcruit, Scoil an AingilChoimheádaí, Keadue, and St. Columba’s National School, Acres are the three mainland schools, while Scoil Cholmcille, Leabgarrow and Aphort NS are the two island schools. Scoil MacDiarmada is the only secondary school in the parish and it is located in Leabgarrow, Arranmore Island. The mainland youth typically go to the secondary school in Dungloe. Before the school in Dungloe opened, the island children had to use boarding schools, mostly attending Holy Cross College, Falcarragh.